Many parents monitor their child’s development with age-based milestones. If your child struggles with regulating their behaviors and emotions, they might have a developmental disorder known as ADHD or attention deficit hyperactivity disorder.

ADHD typically appears in childhood and can last the person’s entire lifespan. Here are five of the most common symptoms your child might have ADHD. 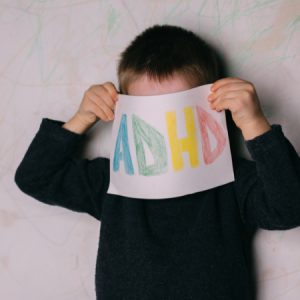 1.  They Are Unable to Sit Still

Children and toddlers attending school or daycare might be asked to sit still during the school day. If your child has trouble sitting still for even a few minutes, they might be exhibiting an ADHD symptom.

One way to tell if your child has trouble sitting still is to see if they fidget or move constantly after they have been asked to sit still. Hyperactivity is an impulse control issue that is commonly associated with ADHD.

2.  They Are Easily Distracted

Children with ADHD have trouble focusing because they are easily distracted. They might move from one activity to the next without finishing anything they are working on.

Your child might avoid challenging tasks if they have ADHD. The ability to focus requires a child to have mental stamina and the strength to remember complex instructions. Children with ADHD lack the skills necessary to stay focused and will avoid activities or assignments they deem too complicated.

Excessive talking is another sign of ADHD. Children with ADHD will talk to themselves, make noises while playing, and interrupt someone else who is talking. They do not realize this behavior is disruptive to others and typically do not see anything wrong with their behavior. They might not notice the noise they are making even after it’s been pointed out to them.

Children with ADHD are often forgetful. They will forget things like where they left their shoes, school supplies, or toys. They might forget instructions, steps of a commonly performed process, or even what they are doing as they are doing it. If your child seems overly forgetful, they might have ADHD.

Children with ADHD tend to daydream which can lead to their forgetfulness, too. They will get lost in their thoughts and while it might seem like they are listening to you, they are not. Occasional daydreaming is fine, so long as it doesn’t greatly interfere with your child.

5.  They Have Self-Focused Behavior

What Should You Do if You Think Your Child Has ADHD

There are a few different things you can do if you believe your child has ADHD. The first thing you should do is to have your child evaluated by a professional. Your child’s pediatrician or a mental health professional is able to make a diagnosis.

Individuals impacted by ADHD can get professional help through medications and therapies. They can also take part in an ADHD research study and receive investigational treatments. Medication, talk therapy, and learned impulse control measures are the most common treatments for children with ADHD.